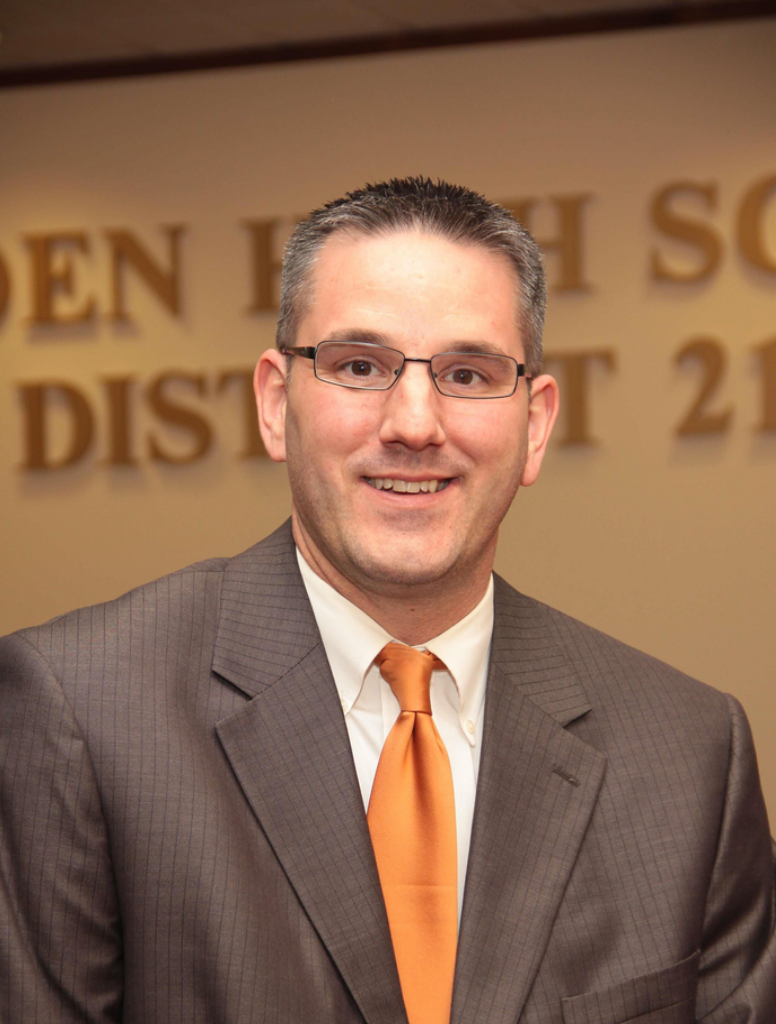 "I don't know that I ever expected the political nature of this job... at Leyden we serve 7 different communities... I have to get to know 7 mayors, 7 police chiefs, 7 fire chiefs, 2 state senators, 4 state representatives... there are so many different lenses and relationships to take care of." -Nick Polyak, PhD

Season 1
Dr. Polyak holds a doctorate in Educational Leadership and Supervision from Loyola University Chicago where he received the Phi Delta Kappa Outstanding Doctoral Dissertation Award. He holds a Master of Arts Degree and Chief School Business Officer (CSBO) license from Governors State University.  He received  Bachelor of Arts Degree in Mathematics and Secondary Education, from Augusta College.
Nick began his educational career in Lincoln-Way High School District 210 as a high school Math Teacher and Tennis/Soccer Coach. He has served as Dean of Students, Assistant Principal, and Director of Instruction and Staff Development. He then began his superintendency in the Peoria, for Illinois Valley Central School District #321.
Dr. Polyak is proud to lead an award winning school district. Over the past few years at Leyden, the district has received many honors. They were named the 2014 National Advanced Placement District of the Year by the College Board. In addition, the district has welcomed over two thousand visitors to learn about teaching and learning in a 1:1 environment. Leyden’s School Board’s support and vision for digital transformation was recognized with a Magna Award from the National School Board Association (NSBA) and a Digital Content and Curriculum Award. Both Leyden High Schools were recently named Illinois Democracy Schools. Leyden has also been named to the 2014 and 2015 Top 100 Workplaces by the Chicago Tribune.
Dr. Polyak believes strongly in community involvement. He is the Past-President of two different Chambers of Commerce, served four years as a School Board Member in Manhattan School District 114, coached youth sports, and has been involved in a variety of other community groups and charitable efforts. Nick completed the Illinois Association of School Administrators (IASA) School for Advanced Leadership in 2014 and the American Association of School Administrators (AASA) National Superintendent Certification Program in 2016.